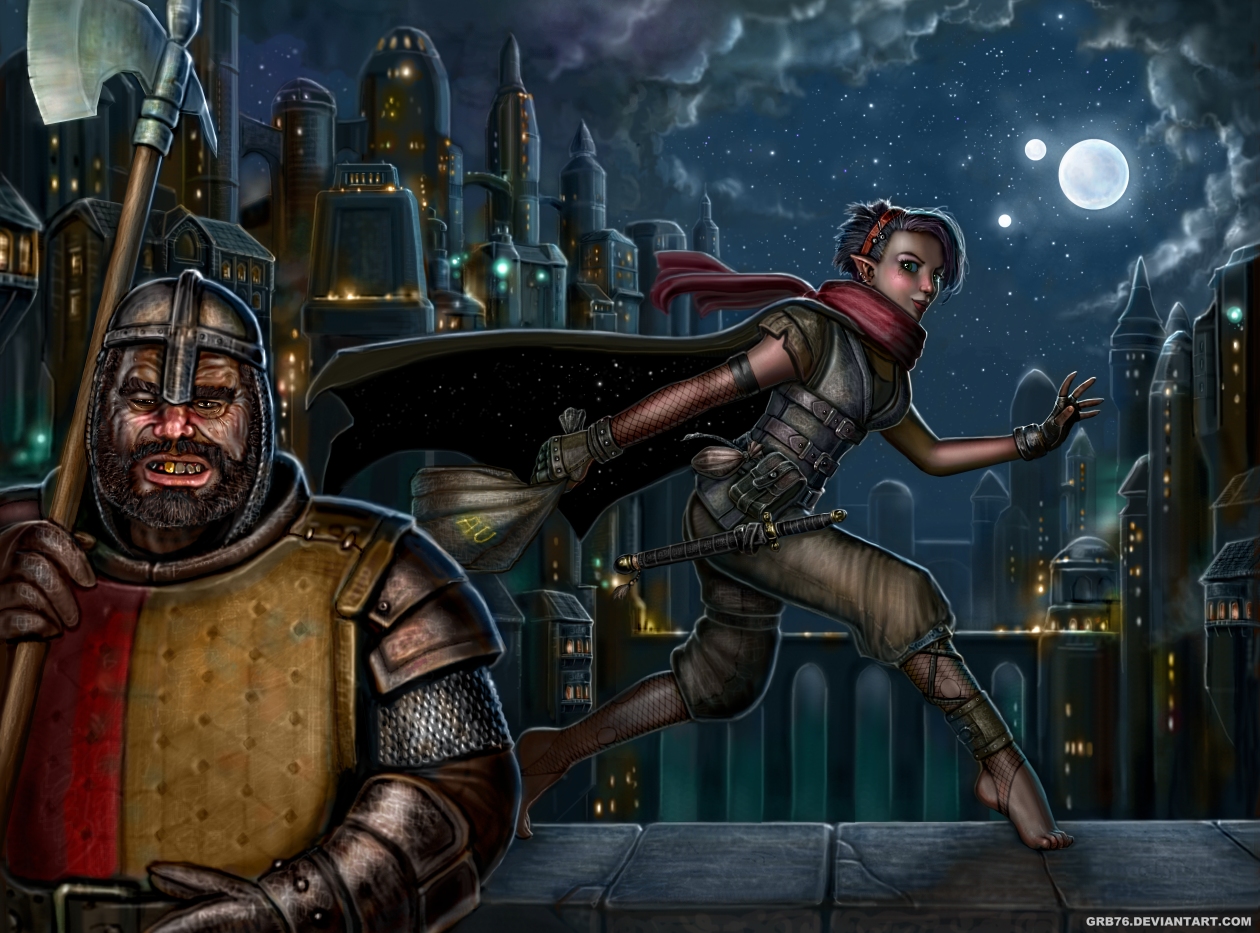 Following the general goal of making low-level characters a bit more efficient (see previous article), I had a look at the standard D&D BECMI thief class. Some of the success rates for first level characters are really low in the official rules. Increasing some of the initial scores while preserving those at 36th level seems like a no-brainer. I recalculated everything in between, using the same numbering scheme as the one in the standard rules. Effect: 1st level thieves get the greater benefit, while upper level characters gradually return to success odds given in the original rules.
I didn't think the thief needed a whole lot of tinkering--certainly nothing like what I suggested for the elf. I had a look at class benefits other than thieving skills. There could be some minor tweaks, as follows.

Backstab: If the mechanics on Weapon Mastery are not in use (see RC pp. 75-80), I would suggest increasing the damage multiplier at higher levels, x3 at 10th level, x4 at 15th, and x5 at 20th. I'm sure everyone out there have their own approaches on this. I only multiply the damage rolled (not magic and strength bonuses). If Weapon Mastery is in effect, then limit the multiplier to x2 (multiply the weapon's base damage including "plus" modifiers listed on the Weapon Mastery table). Complying with the above ensures maximum damage with a normal sword stays around 40 hp regardless of whether Weapon Mastery is in use.
There's a newly implemented Bruce Rule (perfect for this occasion!) When I play a thief and gleefully demonstrate a beautiful 18+ natural score on my backstabbing Attack roll, you can safely bet I'll roll a 1 for damage. I kid you not. It's like rolling nothing but ones when casting your first fireball. I once had a pile of hard-earned "luck coins" generously proffered by a DM, which enabled me to trade one in exchange for rerolling a bad score. Sure enough, I traded all six in quick succession, rolling nothing but miserable fails, until the very last roll yielded a critical fail with which I was finally stuck. Trust me, I'm a specialist when it comes to bad rolls. So! The Bruce Rule for backstabs is that players may choose between scoring maximum damage OR applying the damage multiplier. So, if you roll a 1-3, it'll be 8 pts of damage from your "trusty" sword; if you roll 4-8, apply your x2 multiplier instead.
I say! No longer shall your wretched thieves be cursed with beggarly damage
from their most fair-and-square backstabs!
Read Languages: Alors là, on ne change rien du tout, et si t’as pas compris, t’as raté ton jet.

Scrolls: I'd allow 1st level thieves spellcasting from scrolls just for the sheer fun of it, implementing a 25% chance of backfiring, until 10th level.
Beginners' Luck: Here's a wildcard helping low-level characters. A first level thief rolling a 91 or worse while using a thieving skill gets to reroll the pathetic result. Whatever is rolled next must apply. Especially given the D&D BECMI thief's d4 base HD, such a small boost early on will be much appreciated. Beginners' Luck decreases at level 2, only concerning scores 96 or worse. At level 3, it solely concerns the odd "00" scores. At level 4 and higher, Beginners' Luck runs out... since these characters really aren't newbies at all (and they get Read Languages anyway, which more than compensates). 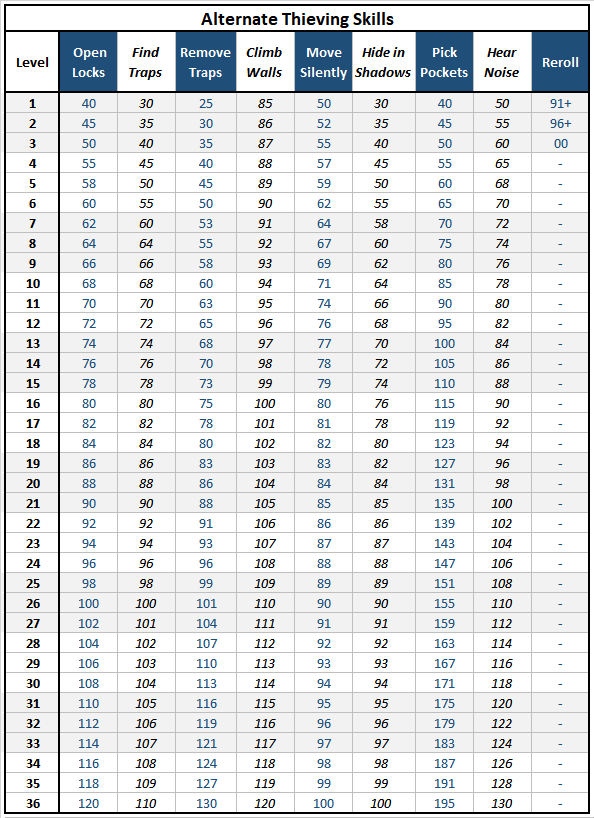