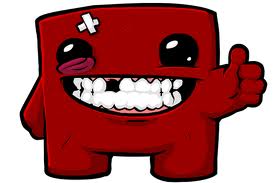 A large number of mobile and social gaming companies treat their customers with a complete lack of respect, with business tactics that are "a slap in the face to actual game design," says Super Meat Boy developer Edmund McMillen.

As part of a blog post discussing the upcoming mobile version of Super Meat Boy, co-creator McMillen discussed what he believes to be wrong with a large portion of mobile games at the moment, and how he plans to show respect to mobile players with his upcoming release.    (. . .)

Email ThisBlogThis!Share to TwitterShare to FacebookShare to Pinterest
Labels: Industry-Related