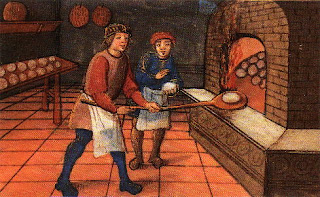 Now looks like a good time to compare a few dominion stats.  We have six regional provinces whose numbers are available.  Comparing their land areas, populations, armies, and relative wealth may give some idea of the dynamics of their politics.  The use of their lands and how their populations fit within them yield interesting insights.

Settled refers to the amount of land that is more fully inhabited (as opposed to borderland or wilderness).

Urbanization indicates how much of the total population resides in cities, towns, and villages.  The remainder basically work the farms, hunt in the wilderness, etc.


A few more comments on the Economy:

Total Revenues refers to the total amount of money available to run the realm.

Tax per Capita differs from the figure listed in the earlier dominion stats because I needed a figure that did not include earnings derived from commerce, port duties and tolls, or mining.   Tax per Capita refers only to average taxes levied directly from inhabitants.

The price of bread, on the other hand, caused me a great deal of grief because the "minimum wage" stated in the earlier dominion stats was too low to allow the purchase of enough bread to survive one month (28 days on Mystara.)  Here's how I got to that conclusion -- please correct me if I got it wrong.

Assuming a slice of (rather rich) bread weighs 40g and yields 100 calories, and a typical worker requires 3,000 calories per day, 2.65 Lbs of bread are therefore required daily, provided one only ate bread to survive.  Thankfully, people eat various things, but for purposes of calculating buying power vs. local cost of living, this was the only tool available.  A loaf of bread weighs 10 Lbs, therefore, a minimum of 7.5 loaves would be needed monthly for survival.  That's more bread than a minimum wage earner can afford!

I wasn't about to completely rewrite the taxation mechanics (or assume bread in D&D somehow generated twice as many calories compared to the real world's thing.)  Instead, I just dropped the face value of bread by 50% just for this calculation.  In other words D&D/Mystara bread is worth only half what a medieval worker would pay in the real world's Western Europe.  It's not a perfect solution, but it solves the immediate issue, which is comparing basic local wealth (that Disposable Cash entry.)

Price of Bread indicates the modified price in copper pieces of a 10 Lb loaf of bread, followed in parentheses with the figure quoted in the original dominion stats.

Disposable Cash is basically the number of loaves a worker might be able to purchase beyond the minimum needed for survival.  So for example, a "poor" worker in Haven could purchase an extra two loaves, while one in Floating Ar could purchase four.  It's just an indication of how better off one might be in which nation.
at 3:00 PM

Email ThisBlogThis!Share to TwitterShare to FacebookShare to Pinterest
Labels: Mystara