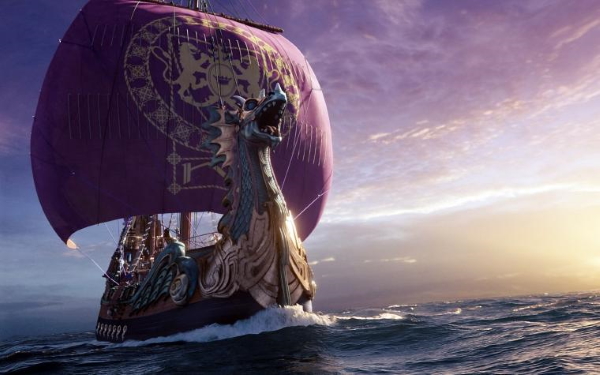 I recently looked up work I'd done years ago about the speeds of sea-going ships. Much to my annoyance and embarrassment, I found stuff that didn't work (in my opinion). Part of the problem is an old game trope that small ships are faster than bigger ones. That's not necessarily true. Smaller vessels are nimbler than larger ones and don't lose as much speed when tacking. On the other hand, ships with longer hulls possess greater potential for higher sailing speeds due to the way water flows along their sides: this is referred to as hull speed.

Temptation was to redo the chart entirely, but then an additional issue grafted itself on the whole, in that stats listed in my venerable old D&D Rules Cyclopedia don't really address sailing conditions. The game's intent, however, is to streamline mechanics as much as possible.


Nonetheless, as the endless tinkerer of things that don't need tinkering,
I tinkered.

I really didn't want to make an even bigger and more complicated chart. Instead, I came up with an Excel document that does all the number crunching to find out travel times, given that sailing conditions vary along the way. First, you select the ship type from the dropdown menu, and enter its length, beam, and draft into the next three cells on the right (see below).

Then you select up to 7 sailing conditions prevailing during the ship's journey from the array of dropdown menus shown below.

And there you have it: the average distance travelled on a map in miles per day, including variables that should affect the time it takes a ship to go from point A to point B. If more variety is needed, especially on a long journey, break up the voyage into separate periods of a few days each, and run numbers accordingly, adding up distances covered. This makes it easy to plot on a map perhaps ahead of a game where that ship will be at the end of each period (whereupon you might roll for random encounters).

Calculations are based on ship designs and hull speeds, and then calibrated to approximate historical sailing performances for the selected types of ships. As a DM, you can always adjust results as desired. This approach made it possible to break BECMI's single "sailing ships" category into three (Middle Ages cogs, late-medieval caravels, and later galleons). Cogs weren't ideal to cross oceans, while caravels were. Galleons were better able to cope with larger freight loads as well as oceanic sailing conditions.

The results given here are only intended as ballpark ideas They don't address magic or rowing. Sailing speeds for galleys and longships assume that some rowing might take place on occasion, but not more than this. When rowing alone (without the aid of sails), especially for galleys and oared galleons, assume 2-3 knots travelling speed. If you're unsure what the sizes of ships should be, a list of existing stats are also provided, along with a way to convert some numbers into metric. You can alter ship stats to see what the effects are.

In-game encounter speeds quoted in Feet/round aren't realistic when compared with Miles/day. In-game MV rates are based directly on figures given in BECMI's Rules Cyclopedia, pg. 71. Number crunching had to reflect this to make sure adjusted MV rates for ships remained to scale with monsters' MV rates. Use your best judgement if figures get out of hand with the fastest sailing ships travelling at their top speeds.

An entry at the bottom of the spreadsheet helps compare MV rates for monsters and ships facing the same travel conditions (as may be relevant to the monster). Select from the dropdown menu whether the monster flies or swims. Enter its normal MV rate per round into the next space. Some monsters may need rest, so the number of hours travelled without interruption can be specified (see sand-colored cells in the illustration above). A chart suggesting travel hours per day for various monster types is also included.

Click here to download the Excel document. Do download it since it won't work online; once the download is complete, open the file and (if that option comes up) enable editing at the top of the screen before using. The file is protected to avoid accidental deletions, but not passworded. The spreadsheet has already gone through one round of updates, so there may some minor differences between the illos above and the present document.
at 7:58 AM