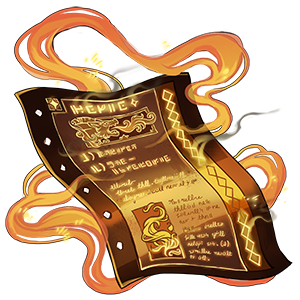 Welcome to the next three spells:

1. Structural Appraisal,
2. Find the Wind (no beans involved),
3. Protection from Rust.
Comments and suggestions are helpful to address loopholes and other design clunkers. Click here for the previous three spells.

This spell requires basic ship engineering skills. It enables the caster to examine a ship, seagoing or skyborne, and assess its structural integrity. Its magic reveals whether a vessel needs repair, and what kind (including refitting, cleaning, basic enchantments, and so forth). It also unveils design flaws, general weaknesses, as well as areas of strength, and informs the caster of the vessel’s general navigating performances. Appraisal does not reveal unusual enchantments, curses, or hauntings. Examination takes 1 round per mast, +1 for each 30’ hull section. The caster may walk while concentrating on the spell. If interrupted, the evaluation resumes with another spell where the previous one ended. 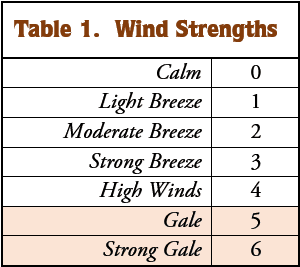 Wind direction and strength can be detected at altitude layers above and below a skyship. Each layer, including the one where the skyship is located is about 1,000’ thick. Make two separate d10 rolls for each layer (above and under the vessel), and find their results in Table 2 below.

Results indicate either one or two shifts in direction, or +/– one or two lines in Table 1 (see above), relative to current conditions at the skyship’s altitude.
For example: a +1 rank causes conditions to shift from Moderate Breeze to Strong Breeze; a +2 portside would change the wind direction two increments portside—if the vessel ran before a northbound wind (direction #12 on the diagram below), the other layer’s air current would therefore blow West-Northwest (direction #10). 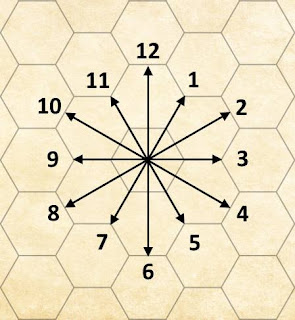 At the referee’s discretion, air currents do not normally diverge more than two increments from prevailing winds. If a result breaks this rule, then switch port and starboard around (for example, change an illegal portside shift to starboard instead). Prevailing air currents on Calidar, such as Trade Winds and Westerlies, are shown in CAL1 In Stranger Skies, pg. 70.

This spell may be applied to the metallic parts of a single object normally fitting together (such as a set of plate armor or an arquebus) or to the surface of a structure (such a ship’s hull or a wall of iron) up to 90 sqft. + 9 sqft. per experience level. Though it does not undo existing rust damage, the protection prevents further corrosion. The reversed spell, Cause Rust, either destroys the metallic parts of a single object, or inflicts 1d6 rust damage + 2d6 for every 5 experience levels, creating a breach about 3’ across for every 10 points of damage. Enchanted objects and structures may save vs. spells (use "plusses" as saving throw bonuses); if the roll succeeds, the rust attack fails.
Kragdûras gnomes originally created this spell for use aboard dwarven ironclads, especially when expecting a clash with Alorean vessels. A rare spell on Calidar, its original script requires skill in ancient gnomish in addition to being able to decipher magic. Ancient gnomish does not translate well into other arcane languages. Translated spells can malfunction—odds: 30% chance minus the caster’s Intelligence bonus times 5. Detecting magic is needed to verify whether the protection  failed. The reversed spell is subject to malfunctions as well.