Sneak Preview: the Orcs of Ghüle 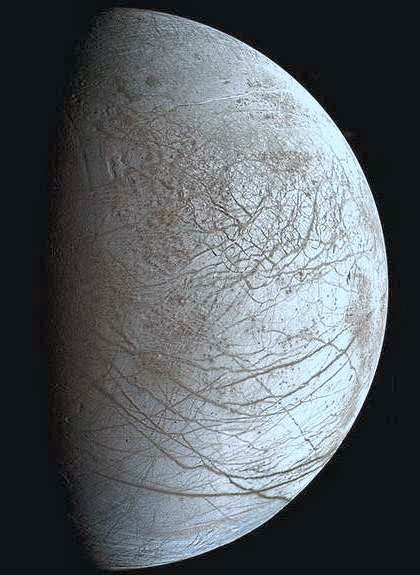 Like any heroic fantasy setting worth its salt, Calidar is host to many bogeymen of its own. The orcs clearly stand among them. Although they exist on this world, orcs, goblins, trolls, ogres and many other related creatures aren’t natives of Calidar’s universe. Neither are they true space-faring races. Instead, these creatures hail from another reality, one ruled by evil, voracious gods whom they serve. Though orc flesh occasionally furnishes adequate sustenance, these alien divinities crave another. Man flesh is sweeter and far more pleasing, while elves and gnomes provide the greatest of delicacies. Curiously and inexplicably, fellfolk lie on the opposite end of the edible spectrum, those of Calidar’s Dread Lands tasting the vilest. Though marginally more palatable than orcs, dwarves are favored as working slaves. Epic heroes, mighty monarchs, demigods, and legendary creatures of goodness are all highly sought-after prizes, well worth the terrible cost of capturing alive.

With this in mind, these gods have built several worlds over the course of millennia, planet-sized spheres of rock imbued with air, water, and self-sustaining life, engineered as colossal dungeons. Anywhere from hundreds of thousands to millions of their servants now live within these worlds, which are intended to travel other universes and return to their home plane periodically. Their purpose is to fetch all that their gods demand, live food, slaves, treasures, and magic. Success enables these wayward humanoid realms to escape their gods’ voracity, thereby conferring them the morbid determination to continually seek out and pillage other planets.

One such monstrous world plagues the Soltan Ephemeris. A bit smaller than Calidar, Ghüle is home to countless realms of orcs, goblins, and other humanoids bent on inflicting havoc upon all that crosses their path. Ghüle, as it is called by its denizens, follows an elliptic course, swinging around Soltan before hurtling into deep space, beyond the Fringe, a spinning ring of planetary debris and clusters of small frontier worlds. If uninterrupted, Ghüle’s journey takes as a much as five years. However, at a point determined by the alignment of stars in the orcs’ original universe, their world phases out of Calidar’s Great Vault and reappears in its home plane. There, war prizes are given to the gods. How long Ghüle lingers in its builders’ domain depends upon the stars—a few months to as much as forty five years. It then phases back into Calidar’s universe exactly at the location it had left. Suffice to say that from the latter’s point of view, the monstrous world’s coming seems completely random, compounded by Ghüle’s invisibility to wizardly telescopes. The frequency is such that game masters can choose if and when the orcs come, as needed in their campaigns. Draconia, a hollow planet only inhabited within its crust, remains immune to the raids, since the orcs haven’t yet devised means to penetrate its confines.

When their world is farthest from Soltan, its surface remains utterly frozen and buried under miles of ice. When Ghüle slingshots past Soltan, canyon-deep cracks burst open and allow the orcs to rise from heir dungeon-world. The tribes then rely on gröns, creatures bred in captivity, to reach their intended targets fairly quickly. Gröns are immense worms, part rock, part living flesh, that can fly though the Great Vault’s airless void. They are trained to carry war hordes within their hollow innards, and travel as ordered by their trainers inside their heads. Pups can hold a few hundred orcs, up to several thousand for elder worms. Air supply is limited, therefore gröns can only transport raiders for a few hours. Elder worms generate wormholes connecting Ghüle’s atmosphere to nearby worlds.  They enable a quick dash across millions of miles of intervening empty space. Gröns and their hell-bent passengers therefore appear just outside their destinations’ atmosphere where the wormholes end, before diving in. These titanic beasts are parasites without means of attacking anything, at least physically. Their natural life involves nesting in the deepest caverns of a world and feeding upon its natural magic core. When a world is stripped bare of its soul, gröns migrate to another, reproduce not more than once per century, and resume the process. Orcs of Ghüle, of course, do not allow this to happen, because they wish to preserve the worlds they raid for later harvests. A great many elder gröns would be needed for a long time to deplete Calidar’s world soul.

Gods of Calidar’s universe and their mortal followers see Ghüle as a curse of cataclysmic proportions. When the orcs come, hundreds of thousands scatter over moons and their mother world, seeking centers of civilization like a plague of locusts. Not all communities are attacked equally, the orcs often picking those that hadn’t been visited during their previous journey to avoid "over-harvesting" the same regions. Woe betides a realm unprepared to defend against the hordes’ reckless belligerence. It will be sacked and much of its younger generations taken away never to be seen again. It is an age of reckoning when epic heroes are called upon to do their duty for the mortals who honor them and for the gods they serve. Raids are as brutal as they are short-lived. The orcs must fly away before Ghüle travels too far for their gröns to get back, a time lasting one winter on Calidar, slightly less on Lao Kwei, and just a few weeks in the Fringe. It is not rare for entire tribes to remain stranded on a world. If so, orcs strive to collect slaves and treasure, for when Ghüle returns, they must pay their fair share. If not, their cousins will destroy them. If their gröns have survived (they do live many centuries), stranded tribes may return to their home world and reclaim their ancestral dungeons. It isn’t a desirable fate to be left behind or escape Ghüle, for natives of Calidar’s universe will invariably seek out rogue tribes and eradicate them and their beasts.